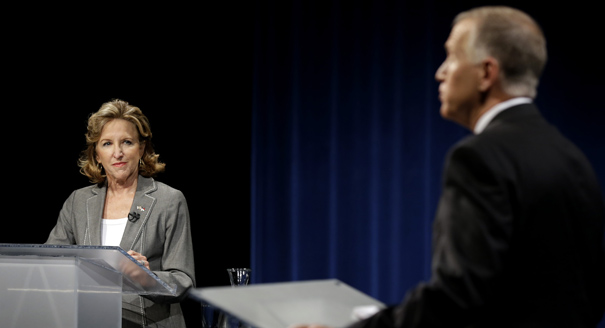 In between delivering scripted attack lines that have already been flooding the airwaves for months, North Carolina GOP challenger Thom Tillis on Wednesday night tried to inch toward the center in his first debate against Democratic Sen. Kay Hagan.

Appearing more confident and prepared than the incumbent, Tillis became the latest Republican Senate candidate to come out in support of expanding access to oral contraceptives. In a race with a wide gender gap, the state House speaker — who has been defending attacks from Democrats on women’s issues — for the first time went on the offense.