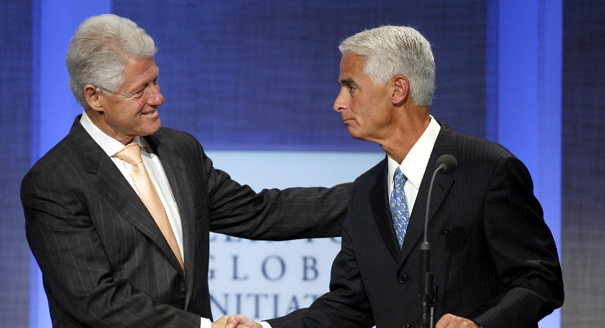 While everyone’s focused on Hillary Clinton’s next potential campaign, it’s Bill Clinton who’s been racking up frequent-flier miles, trying to get Democrats elected in the midterms.

He’s crisscrossed the country in the past eight months, doing more than 20 events for Democratic hopefuls from Florida to Kentucky to Rhode Island as the party’s most sought-after surrogate and rainmaker. In some cases, he’s gone to bat for candidates who supported his wife six years ago; in others, he’s gotten behind contenders who have long relationships with the former first couple. And the former Arkansas chief has an obvious soft spot for governors, a group that has received little attention from the current president.