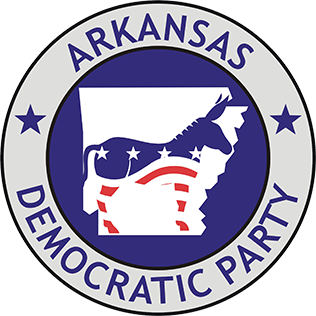 Arkansas has been described as the last state in the South to join the Republican revolution, but that is changing fast. Both chambers of the legislature have Republican majorities, and all four congressmen and one of the US Senators are GOPers. The incumbent governor, however, is term-limited Democrat Mike Beebe, and two politically substantive candidates are vying to succeed him.

For the Democrats, it’s former US Rep. Mike Ross. For the Republicans, it is former US Rep. Asa Hutchinson. And it’s a close race: The latest poll, taken by Rasmussen Reports in late August, showed Ross with 46% to 44% for Hutchinson. This was the first poll of the last four that showed Ross in the lead. Thus, the battle, as in many close races across the country, will be for the roughly 10% of Arkansas voters who are undecided, mostly independents.

In the money chase, the latest financial reports filed by the candidates on August 15 show that Ross has raised more money, $4,954,000 to Hutchinson’s $3,043,000. Hutchinson had more cash-on-hand, $830,000 to $344,000 for Ross. Ross has secured his television time for the balance of the campaign and Hutchinson has paid for some of his TV time.

Both candidates are bringing in their party’s Big Dogs.

Former President and former Arkansas Gov. Bill Clinton has been a major help to Ross. Clinton has been in Arkansas several times raising funds for Ross and plans to return this month and in October. Clinton and Ross go way back. When he was 20 years old, Ross was Clinton’s driver in his 1982 gubernatorial campaign. Clinton, whose approval rating in the state is 68%, is a help to Democrats here.

For Hutchinson, former Arkansas Gov. Mike Huckabee (R), now a Fox News commentator, is a help, as is Mitt Romney, who carried Arkansas with 61% of the vote, and came to the state to endorse Hutchison. So did New Jersey Gov. Chris Christie (R).

Ross, 53, defeated incumbent Jay Dickey (R) to win a seat in Congress; he served seven terms before stepping down in 2012. In Congress, he was a leader of the conservative leaning Blue Dog Democrats and voted against “Obamacare.” In this campaign, however, he has adopted what writer Elizabeth Drew in the New York Review of Books calls, “the less than rousing line that it needs to be fixed but not ended.”  He has, however, praised the state’s Medicaid expansion under Obamacare, and notes that GOP legislators voted overwhelmingly for it.

Democrats, anxious to maintain their hold on the governor’s mansion in this increasingly Republican state, have launched a major campaign on Ross’s behalf. The party launched a large TV buy over Labor Day weekend. They have opened 40 field offices around the state to help Ross as well as other Democrats. Over the past two weeks, the Democrats worked “extremely hard” on their ground game, says one source (R), going door to door in Democratic neighborhoods, especially in such key counties as Pulaski (Little Rock), trying to reach voters who hadn’t shown interest in the election so far.

There is an initiative on the Arkansas ballot this fall that would raise the state’s minimum wage from $6.25 an hour to $8.50 an hour. Democrats contend that referendum will draw a lot of their base to the polls. However, Hutchinson has also endorsed it, which may undercut its value to Ross.

Despite his right-leaning stance, Ross praised Social Security on its 79th anniversary and accused Hutchinson of favoring privatization of the federal retirement program. Ross’s list of issues on his website, however, is largely non-ideological: Agriculture, crime reduction, education, energy, fiscal responsibility, etc. On education, Ross is promoting pre-kindergarten classes and has the endorsement of the Arkansas Education Association. No overriding issue, however, has been embraced by either candidate.

Hutchinson, 63, is a former congressman, a former Drug Enforcement Administration Administrator, and the first Undersecretary for Border and Transportation Security, both under President George W. Bush. He ran for governor in 2006, but was defeated (41% to 56%) by Mike Beebe (D). A staunch social as well as fiscal conservative, Hutchinson attended Bob Jones University. He is the brother of Tim Hutchinson, a former US Senator (R) from Arkansas.

The GOP is fighting hard to win the governorship. The Republicans have opened 30 field offices, not as many as the Democrats, but still a lot. And while governors’ races are often focused on state, not federal, issues, President Obama’s continued unpopularity – his approval rating is 33% – is a significant advantage for Hutchinson. In addition, a lot of outside money is coming into the state to help elect Republican Tom Cotton defeat US Sen. Mark Pryor (D) and to keep two open congressional districts in GOP hands, which should boost Republican turnout.

On the issues, Hutchinson is more attuned to hot-button issues. His website leads off with jobs, but also stresses immigration, gun rights, taxes and “federal overreach.” On education, always an important issue in governor’s races, Hutchinson advocates teaching computer coding in every high school, which he has touted in TV spots. He has also stressed finding a solution to increasing health insurance rates for teachers. To underscore this issue, his campaign has organized a group of “Teachers for Asa.”

The Ross and Hutchison campaigns have traded accusations of ethical misdeeds. Ross charges Hutchinson took illegal tax credits on “multiple homes.” Hutchison says Ross and his wife sold a family business at an inflated price to a pharmacy chain.

This one is a long way from being settled. Stay tuned.