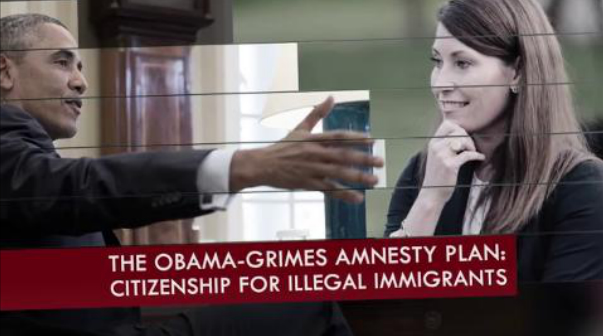 Immigration is about to enter the Kentucky Senate race in a very big way.

The main pro-Mitch McConnell outside group will spend just under $1 million over the next week, starting Tuesday, on a commercial that links Democratic Senate candidate Alison Lundergan Grimes with President Barack Obama over their shared support for “a pathway to citizenship” for undocumented immigrants, which some conservatives say is tantamount to amnesty.