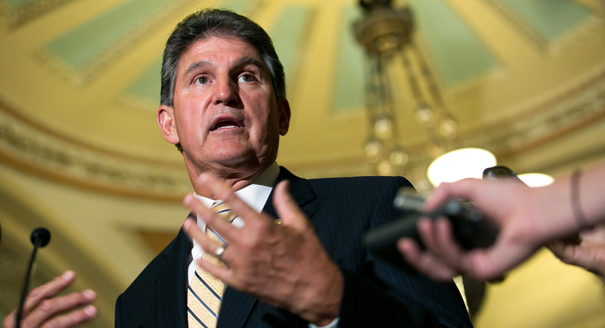 President Barack Obama’s flagging approval ratings are keeping him off the campaign trail this fall in the conservative states that could decide control of the Senate, but Democrats battling for political survival have another surrogate ready to work: Joe Manchin.

The West Virginia senator, perhaps the most conservative Democrat in the Senate, went shooting on Tuesday with Sen. Mary Landrieu in Louisiana, where he touted her chairmanship on the Senate Energy Committee and pushed back against National Rifle Association advertising hitting Landrieu’s vote for Manchin’s bill to expand background checks, which the NRA ad says was a vote to “take away your gun rights.”