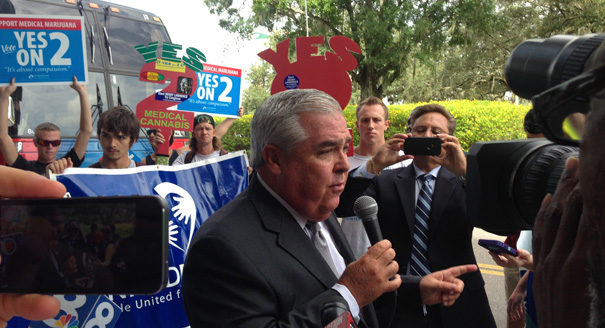 TAMPA, Fla. – As John Morgan tells it, the call came shortly after the 2012 election. President Barack Obama’s finance chair reached out to the Florida trial lawyer to thank him for raising more than half a million dollars for the campaign and encourage him to apply to be an overseas ambassador.

The wealthy attorney, famed across the South for his personal injury firm’s incessant TV ads, rebuffed the overture with an acid wisecrack.