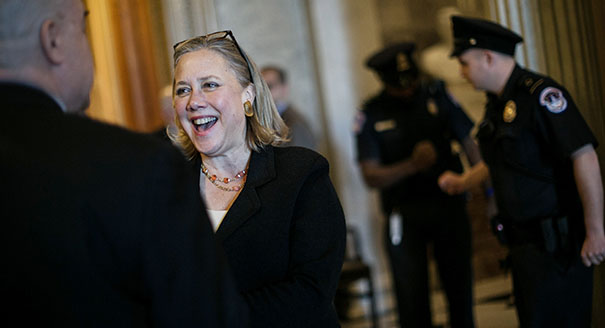 The Democratic Senatorial Campaign Committee has canceled its advertising reservations for Sen. Mary Landrieu ahead of the December runoff in Louisiana.

The committee canceled all broadcast buys planned from Monday through Dec. 6 in the state’s five major media markets, three sources tracking the air war told POLITICO. That’s about $1.6 million worth of time. The DSCC is in the process of canceling an additional $275,000 in cable placements, according to buyer sources.

The National Republican Senatorial Committee, by contrast, has reserved $2.3 million of broadcast ad time over the next month.

With control of the Senate no longer on the line, the race becomes less important for both party committees — each of which took out loans in the final weeks before Tuesday’s election.