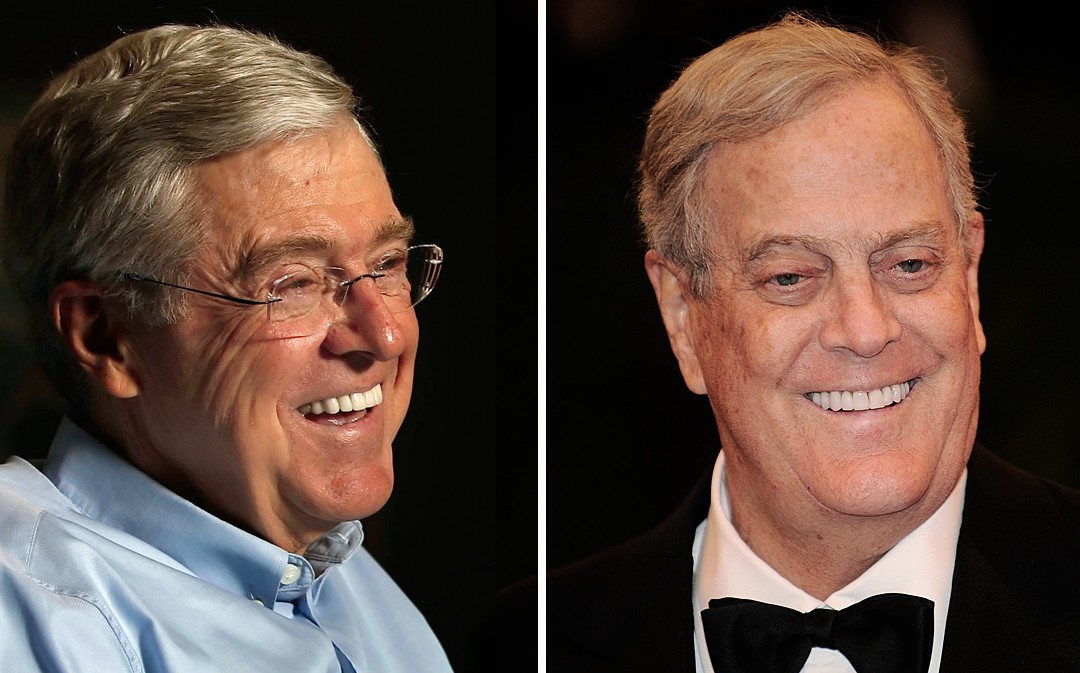 The announcement by the Koch brothers that they intend to spend $889 million in the 2016 elections has caused quite a stir this week, (and outrage from more liberal onlookers) to the surprise of absolutely no one.  That total is over twice what the Republican National Committee spent in 2012 and more than both parties spent combined.  Already potential GOP candidates are lining up to try to gain favor with the billionaire brothers, whose fortune will be needed to match the fundraising machine that likely Democratic Party nominee Hillary Clinton has been oiling since her failed 2012 presidential bid.

Senators Rand Paul (KY) and Ted Cruz (TX) are the presumed 2016 favorites of the Koch brothers, and both men, (along with Florida Senator Marco Rubio) spoke out on their behalf at the Freedom Partners, (a Koch-backed non-profit) 2016 presidential summit in Palm Springs, Florida earlier this week.

Despite the mind boggling amount of money being tossed around, don’t expect Georgia to see much of it in 2016.  With Republicans holding every statewide office and a super-majority in both chambers of the General Assembly, the state’s slide into a darker shade of red failed to come to light in 2014.  Without a major shift in the next two years things don’t seem likely to look much different by the time Georgians head to the polls to vote for their next President.

In the previous election cycle the Koch brothers, (and their associated organizations) spent over $160,000 in Georgia, with much of it going to Republican members of the State Legislature and Governor Nathan Deal, who was thought to be locked in a close race with opponent Jason Carter.  That money was more than what the brothers had spent in the state in total between 2006 and 2013, so clearly some attention was paid to the notion that the state had the potential to turn purple.  $160,000 is a drop in the bucket for the Koch brothers though, who spent over $100 million over the 2014 election cycle in total – mainly on swing state races such as the ones in North Carolina, Louisiana, and Iowa, (all of which Republicans won).

That same focus will be once again turned on to swing states in 2016, likely to the relief of Georgia voters – after all, $889 million can buy a whole lot of campaign ads.

Atlanta Mayor Kasim Reed announced Tuesday that Google would be installing its heralded Fiber lines throughout the Atlanta Metro starting within the next few years.  Google Fiber is over 100 times faster than current connections and would provide for cheaper and more easily available internet for companies and individuals all throughout the city.  Bad news for current internet providers Comcast and AT&T, but very, very good news for the rest of us.