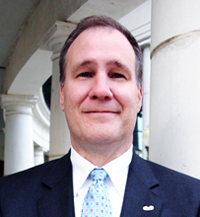 In Mississippi’s 1st District (Tupelo, etc.), voters on May 12 began the process of filling the congressional vacancy left by the death in February of the late US Rep. Alan Nunnelee (R). First place, with 17% of the vote, went to Walter Zinn, the only Democrat in the 13-candidate race. In second place, with 16%, was District Attorney Trent Kelly, who will now face Zinn in a June 2 runoff. In this heavily Republican (Romney 62%) bailiwick, Kelly is a heavy favorite to be the district’s next congressman.

Zinn’s first place was “one of the biggest surprises in Mississippi politics,” says an experienced observer of the state’s politics, with the unexpected first place victory. “There was a consensus that Kelly and (Transportation Commissioner “Chip”) Tagert were ahead, with Starner Jones having a last minute surge… No one expected Walter Zinn to win with 15,000 votes,” out of 87,302 votes cast, a relatively light turnout.

Zinn, an African-American political consultant respected as a savvy operative (“he’s sharp,” says one insider) in Magnolia State politics, spent less than $10,000, while some of the Republicans spent a half-million or more. Brian Perry of Capstone Public Affairs says “Zinn did with less money than I thought he needed” to make the runoff. Zinn concentrated his underfunded campaign on the Democratic share of the electorate, mainly the district’s African-Americans, who account for 26% of the district’s population. He emphasized health care and education, and worked through churches, long centers of political power in the black community.

Despite his surprisingly strong finish in the first primary, “[T]he Democratic numbers are not there” for Zinn, says the longtime observer. Moreover, Kelly, who has the support of Tori Bedells Nunnelee, the late congressman’s widow, as well as staff from his past campaigns, has already shown he knows how to put together a strong campaign. In addition, his current bailiwick includes about one-third of the congressional district. If the GOP conducts a serious get-out-the-vote campaign, Kelly should win handily.

The other GOPer who had been expected to make the runoff was Mike “Chip” Tagert, the transportation commissioner whose current district is almost exactly the same as the congressional district. Tagert, however, lived just outside the district, which may have cost him some votes.

Tagert, Boyce Adams and Quentin Whitwell have endorsed Kelly; most, if not all, of the other Republicans are expected to follow suit.

“It was a pretty clean race;” says Perry. “There was not a lot of antagonism, so the party will unify.”