The 2015 House Speaker episode and the forbidden forest of politics 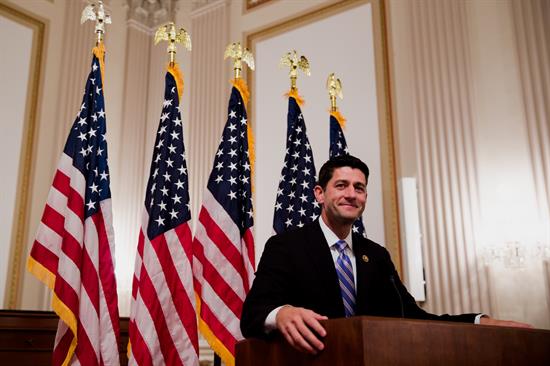 Theodore Pomeroy — not a household name, but an interesting footnote in American history. Pomeroy became Speaker of the U.S. House of Representatives on March 3, 1869, and held the gavel for just one full day.

1923 — gridlock (not a modern term after all) forces nine rounds of votes on the floor of the House until a Speaker was elected.

American politics — a substitute for civil war — has always been rough and tumble.

Just as with past battles, today’s struggle isn’t about politics. In fact, in a country of almost 320 million people represented by two predominant political parties, these battles should be expected.

In my opinion, this speakership fight/struggle/conflict boils down to the political “Forbidden Forest,” one of five categories of votes as I see them:

1. Litmus Tests: Gun control, abortion, climate change. Both parties require that these boxes get checked when you qualify. Debates don’t matter. Only math does. Who is in the majority?

2. Ground Hog Day Issues: Annual affairs, appropriation bills, defense authorization. These could be described as the “sausage” that the American people don’t see being made.

4. Bell Bottoms, Beanie Babies and Blackberries: Hotly debated but ephemeral issues that take center stage but, in the end, boil down to one vote. (Terri Shiavo, impeachment, campaign finance reform.)

Today’s political climate allows Congress to effectively evenly deal with the first four types of issues, but what’s not allowed is entry into category number five: 5. The Forbidden Forest…

Here lurks danger: Social Security, Medicare, military spending, welfare reform, the VA. Both parties are permitted to talk about these issues — “we must reform, we must preserve, we must protect” — but to actually propose legislation… that’s another matter.

Yet, herein lies 75 percent of our national budget. No business in the world could survive ignoring its biggest expenditures, but that’s what we (not just “Washington”, but the American people) expect Congress to do. The Right and the Left are always ready to lecture each other and sincerely believe their programs aren’t part of the problem, and nothing gives.

Enter the Freedom Caucus. Risking their own careers and the Republican majority, the group is ready to plunge into the Forbidden Forest. Last week, Leader Jim Jordan (R-Ohio) told me: at the very least, whoever the next Speaker is will have to facilitate meaningful debate on these sensitive issues.

However, whoever this Speaker will be, he or she also knows the demand is out of sync with the American public. There’s no consensus. The emergence of Trump, Carson and Fiorina is only a sample of American sentiment. It’s not a mandate. (Watch five minutes of any Bernie Sanders speech to verify this.)

Yet somehow, this new Speaker is expected to defund Obamacare, defund Planned Parenthood, and reduce government largess all while strengthening military spending, shoring up Social Security and Medicare, and generally walking on water.

I believe Paul Ryan is up for this the challenge. He’s a patriotic, dedicated, natural leader. But he is right in making certain requests from the caucus first. Really, he needs three things before taking the job: 1) he must assemble a kitchen cabinet consisting of Freedom Caucus representatives, moderates, libertarians, and social conservatives; 2) this cabinet must provide a pathway to settling the debt ceiling, budget, and reconciliation in the next 60 days; and 3) establish a six-month peace treaty into the new year in order for him to begin to address the issues of the day without being booted.

If Paul Ryan is not ready or willing, then I know at least two Georgians who could take the gavel and run with it: Lynn Westmoreland and Tom Price.

But whoever is Speaker, and whatever party is in power in the House or in the White House, it’s high time we all hold hands and enter the Forbidden Forest. It’s not a matter of politics; it’s a matter of country.