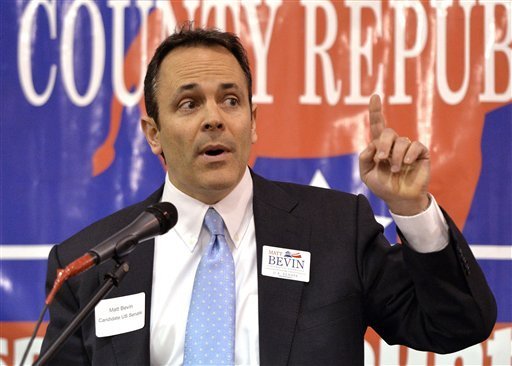 GOP businessman Matt Bevin easily won Kentucky’s governorship on Tuesday night and will become just the second Republican to inhabit the governor’s mansion in Frankfort in more than four decades.

The Associated Press called the contest with Bevin leading Conway, 52 percent to 44 percent, with 80 percent of precincts reporting. Polls prior to the vote showed a close race, with most surveys giving Conway, the state’s sitting attorney general, a slight advantage.

Bevin, a multimillionaire investment manager who has spent $7 million trying to win elected office between this run and his failed 2014 Senate primary against now-Majority Leader Mitch McConnell, has completed a stunning political turnaround. In 2014, he lost the primary to McConnell by 25 percentage points, was mocked by fellow Republicans as an “East Coast Con Man” and a supporter of cockfighting. He entered the governor’s race just hours before the filing deadline and won a May primary against two more establishment-oriented Republicans by a mere 83 votes.
Read more HERE