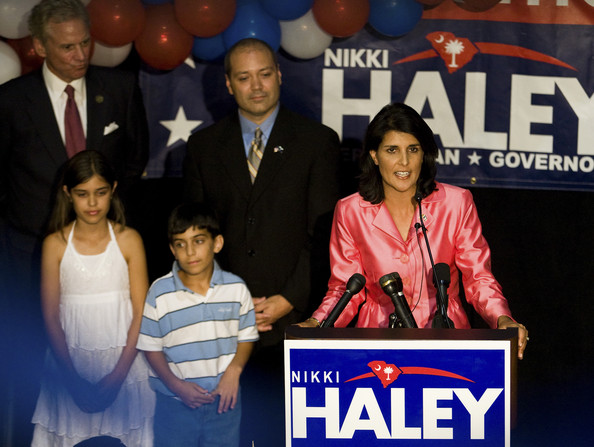 COLUMBIA – A push to allow South Carolina concealed-weapon permit holders to carry their gun into Georgia has attracted the attention of at least one Georgia legislator who says changing South Carolina’s gun law is in the interest of his gun-owning constituents, too. “The two states, we’re joined at the hip, Augusta, North Augusta,” said Rep. Alan Powell, a Georgia Republican from Hartwell,whose district sits across the border from Anderson County, S.C. “Only thing that separates them is the government of the two states and the Savannah River.”

Powell and S.C. Rep. Bill Hixon, R-North Augusta, have discussed the issue of gun permit reciprocity. Last year Hixon introduced H.B. 3799, which would extend reciprocity to North Carolina and to Georgia, which recognizes the permits of states that recognizeGeorgia’s permits. The S.C. House has approved Hixon’s bill, but reservations have surfaced in the Senate. A more sweeping bill, H.B. 3025, proposes South Carolina join 19 other states that recognize the different states’ permits.

The S.C. Sheriffs Association and the S.C. State Law Enforcement Division had expressed opposition to the reciprocity proposals, however, pointing to the absence of a gun-safety training requirement in Georgia and the state’s lack of a centralized system of permit holder arrests. In short, critics have said they don’t want people with firearms coming to South Carolina who could be less safe with their weapons or may have been slipped through cracks of a background check. But Powell wants to address his neighbor state’s misgivings. “I had told (Hixon) that any way I can be of assistance to clear the air on any of this stuff in South Carolina, I would be more than glad to,” said Powell. “If they want me to come to Columbia (S.C.) I’ll do it,” he said, adding that he could also draft a letter to the Legislature outlining his support for reciprocity, if asked.

Both Powell and Hixon belong to the bi-state Savannah River Caucus, a group of lawmakers from Georgia and South Carolina that focuses on shared concerns, such as Savannah River water usage and lake levels. Concealed-weapon permit reciprocity is not on the Caucus’s official agenda, said Powell, but he said it’s still an issue that affects both. In the meantime, Hixon said passing his bill has gained new urgency. Virginia is revoking its concealed handgun permit recognition with South Carolina and two-dozen other states on Feb. 1.

The decision comes after months of research and evaluation, including extensive outreach to the states whose permits Virginia currently recognizes, according to the state’s Attorney General’s office. Of the 25 states to be discontinued, only South Carolina and five others will in turn no longer recognize Virginia gun permits because their laws require mutual acceptance of permits.

Virginia’s rationale: “Our General Assembly has already identified who can and cannot conceal their handguns in Virginia.  Those standards should apply to everyone in Virginia equally, at all times,” said Va. Attorney General Mark Herring in a statement last month to announce the audit and subsequent decision. “They should not be undermined by wrongly recognizing permits from other states with more permissive standards.”

South Carolina and the other states are to be cut off, according to the announcement, because their laws are wouldn’t keep someone who is disqualified under Virginia law from obtaining a gun permit. Hixon chalked the decision up to Virginia’s political leadership. “It looks like the Democrats are trying to make another grab on your guns,” said the lawmaker. “If you’ll notice the governor in Virginia is a Democrat and also the Attorney General up there is a Democrat.” Whether Virginia’s decision will trigger a legislative reaction in the S.C. Legislature is yet to be known. The second year of the two-year S.C. General Assembly begins this week. “I don’t know that Virginia’s decision impacts our debate, but I still think it makes sense for us to have reciprocity with Georgia,” said S.C. Sen. Shane Massey, R-Edgefield.