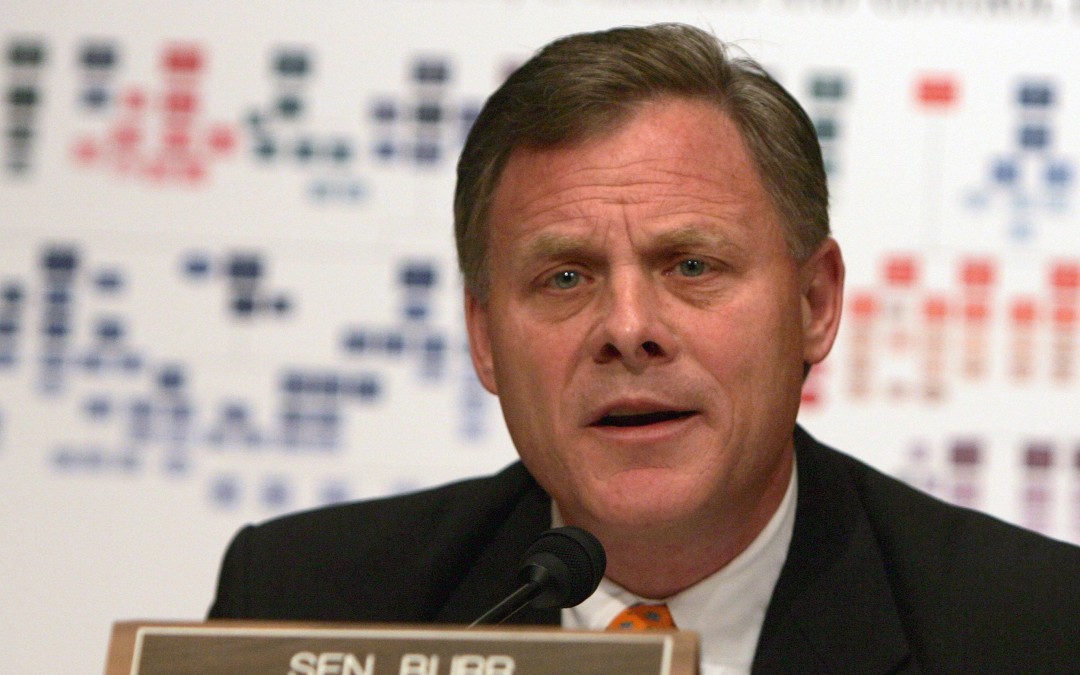 North Carolina voters will go to the polls on March 15 not only to choose presidential nominees, but also to select nominees for statewide offices, including the US Senate seat currently held by two-term US Sen. Richard Burr (R). Reelected in 2010 with 55% of the vote, Burr has become an influential lawmaker of the center right. His committee assignments include Finance and Health, Education, Labor and Pensions. He also chairs the Select Committee on Intelligence.

Nevertheless, Burr has three challengers running against him in the Republican Primary, and while he is heavily favored, he cannot take renomination for granted.

“A lot depends on the presidential election in North Carolina,” says the journalist. The Senate primary coincides with the presidential primary and the turnout is likely to be larger than usual. If Donald Trump is still riding high, his voters could give a significant boost to Burr’s opponents. Or if the turnout is large across the GOP’s ideological spectrum, it could help Burr, who is easily the best known of the four GOPers in the race. Burr could also be helped by a large turnout of business and professional voters supporting Gov. Pat McCrory’s (R) bond issue for education and transportation.

Burr’s voting record puts him on the right, but not as conservative as some GOPers prefer. The National Journal rates him 80% conservative/15% liberal; the American Conservative Union rated him 88% “right” in 2014, with a 91% lifetime rating. According to redstate.com, Burr “has alienated many GOP activists with a voting record that has been rapidly trending left, leading to his earning the nickname ‘Tricky Dick” on conservative blogs.” And several North Carolina Republican congressional district committees passed resolutions critical of his votes.

Although Burr has been a vocal critic of Obamacare, the Senate Conservatives Fund named Burr one of its targets for 2016. In 2013, the group spent $40,000 on radio ads criticizing Burr for his comment that defunding the Affordable Care Act, aka Obamacare, was the “dumbest idea I’ve ever heard.”

Hard-right activists in North Carolina tried to persuade US Rep. Mark Meadows (R) to oppose Burr, but he declined. The three other Republicans, all to Burr’s right, who have filed to run against him in the primary have limited political heft.

Greg Brannon, an obstetrician from Cary, is making his second US Senate bid. In 2014, Brannon, a Tea Party ally, garnered 27% in the Republican Primary, which now-US Sen. Thom Tillis (R) won. In announcing his Senate bid in December, Brannon said, “Now is not the time for go-along-to-get-along Republicans.” This month, he denounced President Obama’s executive actions on gun control as “egregious and illegal.” Brannon, though better known than Burr’s other two Republican challengers, still has a name ID of only 21%, says Elon University Poll director Ken Fernandez.

Larry Holmquist, 61, moved from Illinois to Greensboro, NC, in 1989, where he ran a direct mail business. He has been an active Republican and in 2014, was a campaign manager for a congressional campaign in the 6th District. He decided to run against Burr when the incumbent voted against defunding Obamacare. On his website, he notes that he received 58% of the votes at nine Tea Party caucuses held in October, 2015.

Paul Wright is a retired Superior Court Judge who ran against US Rep. David Price (D) in 2014, garnering 25% in that Democratic district. He was first a prosecutor, and then served 22 years as a judge, both on the state District Court and the Superior Court.

To win a primary in North Carolina without a runoff, a candidate must receive at least 40% of the vote and Burr is considered a likely winner in the first vote. For starters, he is in good shape financially, with $4,474,000 cash on hand as of Sept. 30, 2015. Burr, however, is not a political fixture in the state, such as the late US Sen. Jesse Helms (R).

While noting that Burr “is not as well known as some other political figures in the state” and that “voters are not passionate” about him, Fernandez adds, “No political experts are saying that Burr could lose the primary, or get in a runoff.” While no polls have been taken of the GOP’s upcoming Senate primary, in General Election matchups, he leads likely Democratic nominee Deborah Ross, a former state representatives, by a ten-point margin.

But in this year of turmoil among Republican voters, with outsiders like Trump, Ted Cruz and Ben Carson attracting major support, Burr is not entirely out of the woods. Stay tuned.