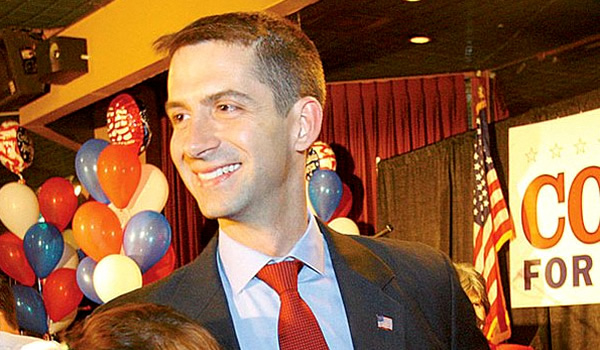 By Seung Min Kim (Politico) – Sen. Tom Cotton, the hawkish upstart who’s already made waves on the Iran nuclear deal and government surveillance programs, is now leading a new rebellion against a bipartisan effort to overhaul the criminal justice system — hoping to torpedo one of the few pieces of major legislation that could pass Congress in President Barack Obama’s final year.

GOP tensions over a bill that would effectively loosen some mandatory minimum sentences spilled over during a party lunch last week, when Cotton (R-Ark.), the outspoken Senate freshman, lobbied his colleagues heavily against the legislation, according to people familiar with the closed-door conversation. The measure passed the Senate Judiciary Committee last fall with bipartisan support.

“It would be very dangerous and unwise to proceed with the Senate Judiciary bill, which would lead to the release of thousands of violent felons,” Cotton said later in an interview with POLITICO. “I think it’s no surprise that Republicans are divided on this question … [but] I don’t think any Republicans want legislation that is going to let out violent felons, which this bill would do.”
Read more HERE