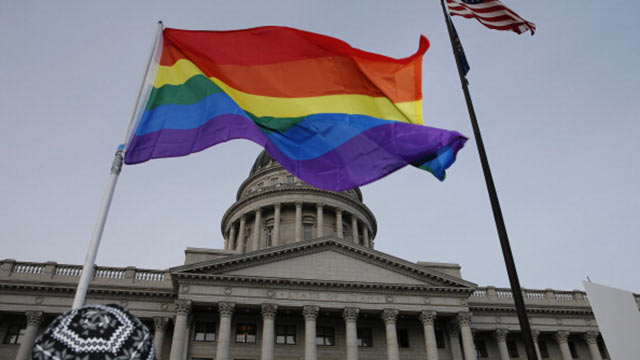 Some years ago, a woman friend of mine who is a talented tennis player frequently entered women’s tennis tournaments. At one such event, one of the women paraded around the locker room stark naked, in contrast to the other women who used towels to preserve a degree of modesty. My friend found out that the woman who had no such reservations about her body was born a man, but had later undergone gender reassignment surgery. She wasn’t so much immodest, as she wanted to show the other women that she was indeed a “real” woman. Her presence was, at most, amusing, but hardly threatening. She had had the “threatening” part removed.

Social conservatives, by insisting that people use the public restroom, locker room, etc., of the gender on their birth certificate, are ignoring the fact that some people born as a male or a female feel severely uncomfortable in that skin and go to great lengths, including surgery, to achieve a transition to the gender which in their heart-of-hearts they believe they belong. If a person born male has undergone gender reassignment surgery, that person should be considered female, at least for restroom purposes. No harm done.

But the social liberals, by insisting that gender is a state of mind, rather than of anatomy, fail to consider that persons born male who live as women in every other aspect of their lives, could be still threatening to women if they have male genitalia. Women, or parents, who object to allowing such persons, regardless of what they consider themselves, access to women’s restrooms and locker rooms are expressing an old and still current view that being exposed to male sexual anatomy by strangers is, for many if not most women, at best disturbing, at worst threatening.

Thus, laws that preserve that degree of privacy for women should not be viewed as discriminatory, but one of the mainstays of civilized living.

But what is sauce for the goose is not sauce for the gander. If a pre-operative woman who views herself as a man chooses to expose female anatomy in a men’s room or locker room, the traditional males there might be amused, lustful or even disgusted – but they will not feel threatened. They won’t worry about being raped, or of satisfying the salacious fantasies of a “flasher.”

It is, in short, the male sexual organ that is the problem.

True, this works some hardship on men – such as Caitlyn Jenner, who is preoperative – who view themselves as women while retaining male sexual organs. But life isn’t fair, and one of the downsides for people in that circumstance is that they will have to forego one of the rights of folks born female, at least until they have the surgery.

Over time, as single-use restrooms proliferate, this will all be irrelevant. But for the time being, let’s compromise: Only anatomically female persons may use women’s restrooms or locker rooms. No such restrictions need apply to men’s rooms.