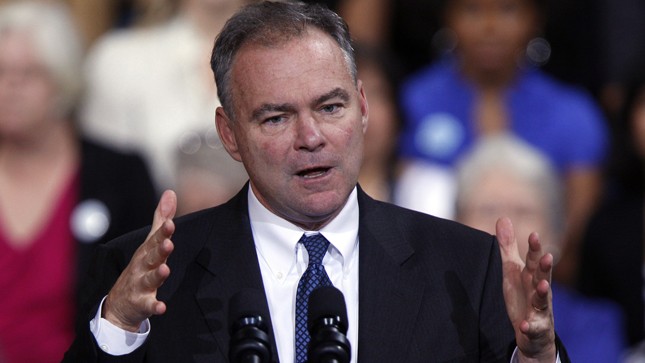 Political conventions may be vestiges of the past but this year they were valuable windows on the two presidential candidates, perhaps more than ever before. Each campaign had the unilateral opportunity to present their candidate and the rationale for the candidacy to the country.

I have attended every Democratic National Convention since and including 1984– except 2000 when I was serving in Canada as our U.S. ambassador. I helped organize and manage three (1988,1992 and 1996). Despite my fondness for the conventions I had a hand in running, the recently concluded Philadelphia convention was the best managed and staged of them all.

Each night at the Wells Fargo Center had a well-defined theme and message, paired with messengers and stagecraft designed to deliver them in an effective and interesting fashion; Michelle Obama talking about the historic nature of a female candidate; Bill Clinton (aka 42nd President of the United States) describing the personal and human side of his wife; Vice President Joe Biden passionately depicting the heart and soul of a colleague from the U.S. Senate and Cabinet who always fought for people less fortunate; and finally President Barack Obama who testified about a former rival whose strength, preparation and judgment in his words made her the most qualified person to be President– “more than me and more than Bill.”

These respected leaders were joined by military veterans who spoke about their confidence in her ability to secure our country and by citizens from all walks of life who said she gives them hope for their future and their families’ future. All this created a mosaic of a candidate with a compelling positive vision and experience, a tested and caring leader ready to move the country forward.

In comparison, the Cleveland convention was not similarly well-managed or focused. The Republican Party does have talented and experienced leaders– the problem is that none of them were on the stage or in the vicinity of the Cleveland convention. It seemed that the only people who vouched for Donald Trump had the last name Trump. Unlike Philadelphia, no one who has served as president spoke. Somehow Sen. Ted Cruz found his way to the stage but his plea that people vote their conscience, what seems to be a principled position, was quickly denounced by Trump. The lack of diversity was stark. It seemed ironic that in addition to Franklin Roosevelt, Jack Kennedy and Lyndon Johnson, speakers at the Democratic Convention advocated principles advanced by Abraham Lincoln, Teddy Roosevelt and Ronald Reagan. No such political reciprocity emanated from Cleveland.

Philadelphia communicated that no matter who you are or what party you have an affiliation with “We Are Stronger Together.” The message from Cleveland was: isolation for the country and “I am the only one who can fix it.” Perhaps the most riveting moment of either convention was when Shikr Khan stated that he doubted Donald Trump had

ever read the Constitution of the United States and offered to lend Trump his copy. In one brief remark Khan captured the concerns about Trump discussed by millions of Americans every day. It may prove to be the most consequential speech of the campaign.

So my proposition is that conventions do matter. The respective presentations in the last two weeks will permit the country to make an informed choice. This year the country will decide that experience, policy vision, optimism and a sense we are all in this together will “trump” inexperience, isolationism, bluster and pessimism.

Gordon Giffin of Atlanta is an attorney with Dentons and former U.S. ambassador to Canada.