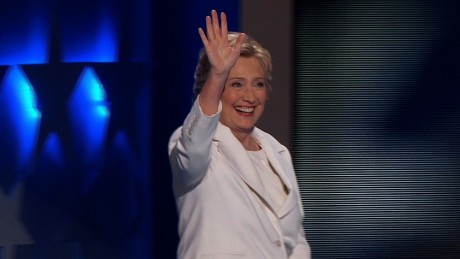 The last time a Democrat carried the Peach State in a presidential election was 24 years ago, when Bill Clinton narrowly defeated President George H. W. Bush in the 1992 election. But “If the polls are to be believed, we’re in play this year,” says Professor Charles Bullock, who holds the Richard B. Russell Chair in Political Science t the University of Georgia.

In the AJC’s 2-way poll, Clinton led Trump 44% to 40%. In its 4-way poll, Clinton had 41%, Trump 38%, Libertarian Gary Johnson 11% and the Green Party’s Jill Stein 2%, suggesting that Republicans, not Democrats, are seeking an alternative to the Clinton-Trump duopoly. If the Libertarian vote, rather than diminishing on Election Day, stays in the 10% to 12% range, it would spell serious trouble for Trump.

However, the polling may be deceptive, says “Chuck” Clay, former state GOP chairman, now affiliated with the Nelson Mullins law firm. Two years ago in the Peach State, Jason Carter and Michelle Nunn, with superb political pedigrees (grandson of President Jimmy, daughter of Senator Sam) ran for, respectively, governor and US Senator. “They were Class A people, with real money” behind them, notes Clay, and “Polling showed Nunn and Carter ahead or neck and neck.” But Carter lost to Gov. Nathan Deal (R) and Nunn to businessman David Perdue, both by 53% to 45%. Clay believes that respondents in opinion polls, aware that the “establishment,” including both media and perhaps pollsters, favored the Democrats and answered “undecided” to avoid the negative stereotype of voting against the favorites.

Clay sees the same thing happening this year, perhaps more so. “The evangelicals, the Tea Party, the 2nd amendment folks, and now, the Trumpsters, don’t like to be ID’ed on the phone to be made to look like troglodytes.” Thus, as in 2014, he believes there are hidden Trump voters among the undecideds. Indeed, the recent WSB-TV poll showed Clinton running no better among white voters than Carter and Nunn did in their 2014 races.

However, Georgia House Minority Leader Stacey Abrams, in an interview with the Atlanta Journal-Constitution, noted that “The demography has been leading us in this direction for quite some time.” Georgia, especially metro-Atlanta, is attracting newcomers, many of them young professionals and/or social liberals, and the Latino vote is growing. Both groups are trending Democratic, especially this year. As a result, Clinton runs strong in metro-Atlanta, while Trump is strong in rural counties, which are not growing as rapidly.

At least one major Democrat wants his party to put its money where its mouth is. Last week, Atlanta Mayor Kassim Reed, a strong Hillary booster, told the Atlanta Journal-Constitution, “If I were in Secretary Clinton’s shoes and I had an opportunity to win a state and I had a billion dollars, then $8 to $15 million is a logical investment.”

The big factor in the GOP’s poor showing in Georgia this year is Trump’s temperament, his style more than his substance, “especially among women and voters under 40,” says one close observer of the state’s politics. Professor Bullock agrees. “Trump’s gaffes are a large part” of his problems in Georgia. Abrams called Trump “just the fuel we needed” to move forward.

At least one poll shows that the presidential race is hurting other Republicans on the Georgia ballot. The AJC survey showed US Sen. Johnny Isakson (R) with 48% to 42% for Jim Barksdale (D), a successful businessman (Equity Investment Corporation), but a political unknown.

While acknowledging that Georgia is in play, Clay says, “I still would be surprised if this state went to Clinton… I still think it’s Republican-leaning.”

The Peach State presidential outcome this year may be a major test of the pollsters’ skills. Stay tuned.