The ups and downs of Trump’s transition 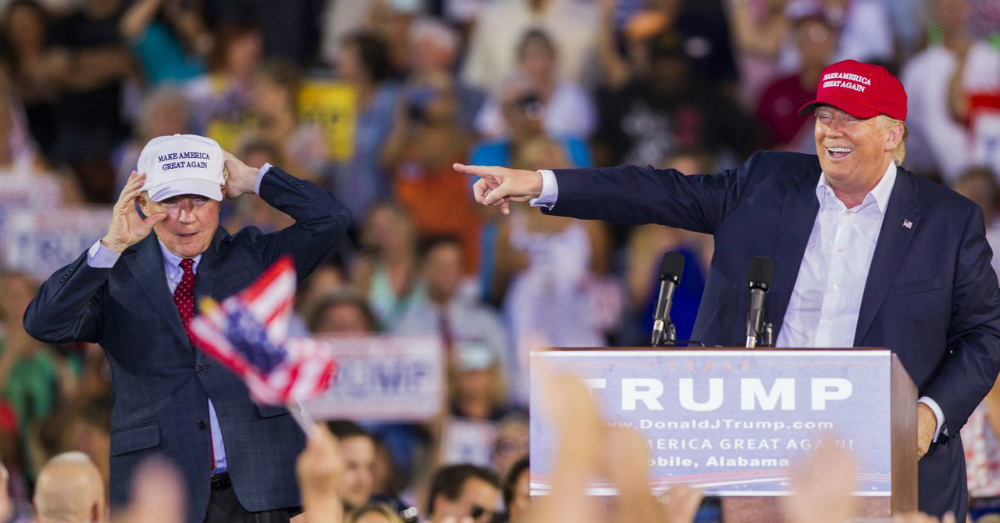 Any thought that the professions of President Obama and other Democrats that they would put the nation’s interest ahead of partisan politics and give President-elect Donald Trump some semblance of a honeymoon has disappeared as quickly as the GOP’s non-partisan welcoming of Barack Obama to the White House after the 2008 election.

The challenges to Trump’s cabinet-level appointments are to be expected, but the biggest setback to Trump since his unexpected victory over Hillary Clinton has been the concerted effort of the Obama Administration, the nation’s intelligence and law enforcement agencies, and Sarah Palin’s “lamestream media” to put the blame for the hacking of Democratic emails squarely on Russia’s Vladimir Putin, with the aim of hurting Clinton.

Although Trump has tried to mount a solid defense, pointing out that there was no allegation that Russian actions influenced the US election outcome and asserting that much of the brouhaha has been motivated by a desire by his foes to undermine his presidency, he comes out of this battle looking less than stellar. Citing super-hacker Julian Assange’s assertion that he did not get the hacked emails from Putin may throw a little confusion into the mix, but hardly counts as a strong counter-argument.

Trump, of course, could say that it should come as no surprise that Putin preferred him to Clinton, inasmuch as during the campaign Trump spoke repeatedly of improving relations and cooperating with Russia. “Wouldn’t that be a good thing?” he would ask rhetorically. He could also point out that President Obama knew of the hacking in September and warned Putin to cease and desist (a lot of good that did). So why make a fuss over it now, just before Trump is inaugurated? True enough, but the idea that a major foreign power has been fishing around in US political waters does not sit well with the public, Democrats or Republicans.

On the other hand, since Nov. 8, Trump has won a number of notable victories. In an action which even received favorable attention from the media, he tweeted his displeasure with the decision of the House Republican Caucus to gut the independent ethics commission and place supervisory authority with GOP-controlled House committees. Trump urged the congressional Republicans to “Focus on tax reform, healthcare and so many other things of far greater importance!” While he had allies on this issue in House GOP leaders Paul Ryan and Kevin McCarthy, the president-elect’s weighing in was a major factor in the reversal.

Most significant in the economic sphere are Trump’s use of the bully pulpit to keep American manufacturers from moving jobs abroad, mostly to Mexico, actions which dovetail with his populist campaign messages and have major appeal to the working class voters who supported him.

Trump’s first success at jaw-boning a major corporation to save American jobs was with the Carrier Corporation, which agreed to preserve some 1,000 jobs (it later turned out to be 700) at its Indiana plant after Trump – and Indiana Gov. and Vice President-elect Mike Pence – contacted the company’s executives. Carrier had been in the process of moving the jobs to Mexico, prompting Trump to denounce the move during the campaign. Carrier’s decision to reverse part of its transfer of jobs may have been prompted, at least in part, by quid pro quos from state government, but the bottom line was 700 American jobs saved. Score one for Trump.

Another 700 American jobs were added when Trump persuaded Ford Motor Company to cancel plans for a $1.6 billion plant in Mexico and to invest $700 million to expand a Ford plant in Michigan. “This is a vote of confidence in President-Elect Trump and some of the policies he may be pursuing,” Ford Chief Executive Mark Fields told reporters. Another plus for The Donald.

Not so successful was Trump’s allegation that General Motors was making Chevy Cruzes in Mexico and selling them in the US. It turned out most of these cars were sold abroad, with only a few sold in American markets. Nevertheless, GM executives may well be cautious in future decisions about where to build cars and where they can sell them,

Trump, who had bashed the Japanese for taking advantage of the US in its trade practices, also gets some credit for the decision of Sprint and OneWeb, both owned by a Japanese billionaire, to move some 5,000 jobs to this country.

In addition, in publicized efforts to reduce the costs of defense projects, Trump had conversations with the top brass at Boeing and at Lockheed about lowering the cost of a new Air Force One and of the F-35 fighter jet, prompting expressions of cooperation from these two major US manufacturing firms.

Government by the personal intervention of the nation’s chief executive in essentially free-market decisions is not unprecedented, but it has never been utilized on such a broad scale. Whether, after he takes office, the practice will continue, and whether it will produce benefits, political or otherwise, remains to be seen.

One thing seems certain, however. After January 20, the nation’s governance is likely to be anything but same ol’, same ol’. For better or for worse, we are in for at least four years of uncharted territory. Stay tuned.