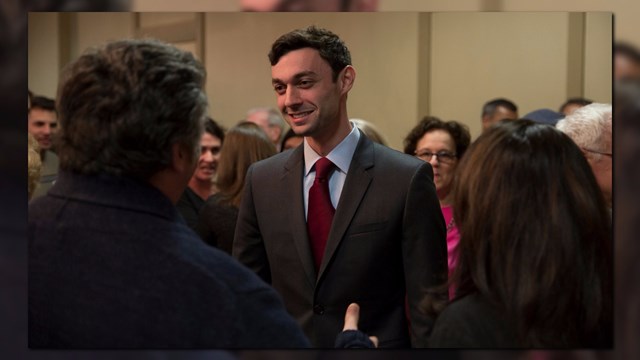 Money is flooding into Democrat Jon Ossoff’s campaign. The national party has started running focus groups on his behalf. Thousands of volunteers have flocked to his team to help him win his April special election for a vacant Atlanta-area congressional seat.

The race for Georgia’s 6th District has suddenly become a focal point, viewed as a chance to send Donald Trump a message by channeling the party’s grass-roots rage, energy and frustration into a single contest. But party leaders are growing increasingly frustrated by the nationalization of this race and another in Montana — and worried about unrealistic expectations in Republican-friendly seats where the Democrats are at a decided disadvantage.