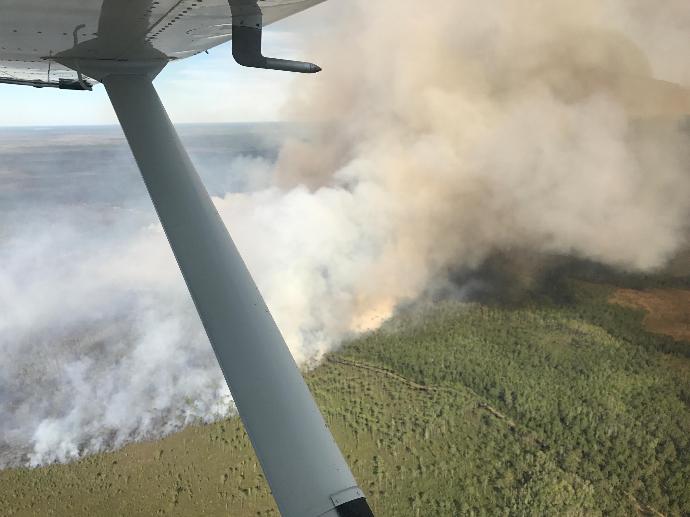 The West Mims wildfire in the Okefenokee National Wildlife Refuge in Southeast Georgia continues to grow, forcing residents of St. George to evacuate after it jumped over Highway 94 on Sunday.

The fire, which began in early April from a lightning strike, has grown to nearly 150,000 acres with only 12% containment.  Nearly 650 firefighters are battling the blaze, which has Jacksonville authorities on high notice as dry conditions paired with high winds has made it unpredictable.

Charlton County Schools were closed Monday as local residents were urged to evacuate their homes, the first case of local residents being directly threatened by the fire, which has mainly burned in remote parts of the South Georgia wilderness.

Smoke from the fire can be seen via satellite, and the more populous areas around Jacksonville have already been covered in acrid smoke whenever the wind blows east.

Wildfires in the area are not uncommon, with a similar blaze in 2011 burned for nearly a year inside the Okeefenokee park.  This fire though is larger and growing faster than that one, and has Governors in both Georgia and Florida keeping a watchful eye on the situation should it continue to burn unchecked.