Trump, rallying in Alabama, wades into a broad intraparty battle 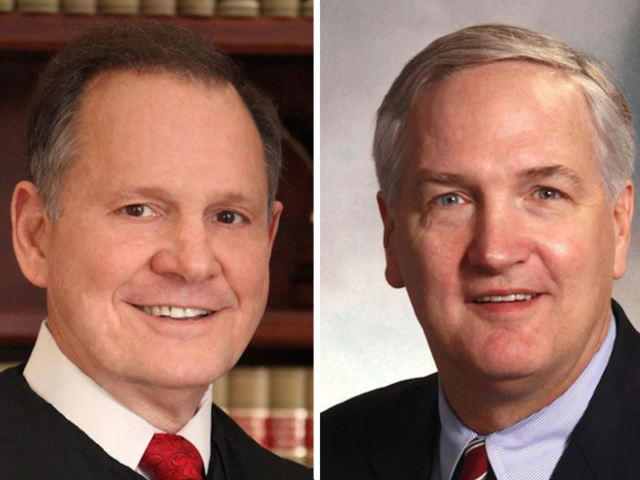 HUNTSVILLE, Ala. — President Donald Trump on Friday stepped into the middle of a heated GOP primary that has deeply divided his party and has pitted the commander in chief against some of his most ardent backers.

With the Alabama Senate special election just days away, the president heaped praise on Sen. Luther Strange, describing him as an unapologetic ally who would help him deliver on his agenda. “Luther is your man,” Trump told the thousands of enthusiastic supporters who packed the Von Braun Center here, imploring them to “get out and vote.”

“Like all of you, Luther Strange knows the true strength of this country: It’s God, it’s family and it’s country,” Trump said.