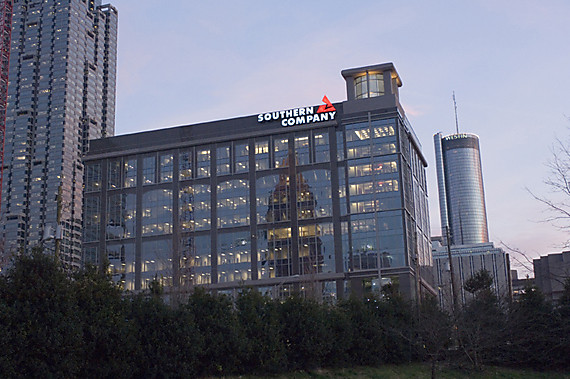 Westinghouse Electric Co. filed suit last week to prevent the Georgia Power Co. from terminating its contract to continue construction of two nuclear units at Plant Vogtle near Waynesboro. But Georgia Power says that Westinghouse’s bankruptcy filing earlier this year showed it had abandoned the Vogtle project, which voided its contract.

The news comes the same week as the Department of Energy announced that it would be providing loan guarantees for up to $3.7 billion in support of the Vogtle project. Georgia Power is slated to received $1.67 billion, Oglethorpe Power Corporation $1.6 billion and $415 million to the Municipal Electric Authority of Georgia. These are in addition to previous loans totaling $8.3 billion to the same entities.

Also, yesterday, Georgia Power announced that it has received the first parent guarantee payment from Toshiba for the Vogtle nuclear expansion. The $300 million payment, of which $137 million is Georgia Power’s proportionate share, is the first of multiple scheduled payments to Georgia Power and the other project co-owners totaling $3.68 billion.

“This payment is a positive indication of Toshiba’s commitment to meeting its financial obligation under the parent guarantee, which was put in place to protect Georgia electric customers as part of the original contract for the project. From the beginning of the Vogtle expansion, Georgia Power has worked to minimize the impact of the new units on customer bills. Today, the total expected rate impact of the project remains less than the original estimate, after including anticipated customer benefits from federal production tax credits, interest savings from loan guarantees from the U.S. Department of Energy (DOE) and the fuel savings of nuclear energy,” a media release from the utility says.

Energy Secretary Rick Perry has also issued a statement indicating his support for nuclear power and its central role in the American energy portfolio of the future. “I believe the future of nuclear energy in the United States is bright and look forward to expanding American leadership in innovative nuclear technologies,” said Perry. “Advanced nuclear energy projects like Vogtle are the kind of important energy infrastructure projects that support a reliable and resilient grid, promote economic growth, and strengthen our energy and national security.”

In related nuclear news, the Charleston Post and Courier obtained a letter from SCANA and Santee Cooper officials that was sent to leaders at Westinghouse and their contractors. The letter, sent in 2014, claimed that engineering problems had caused expensive setbacks and overruns at the V.C. Summer nuclear plant. The letter is a metaphorical indictment of Westinghouse and its leadership and problems.

The letter notes that six years after the commencement of the project, begun in 2008, “with one possible exception, no one from your two companies (the other being the major contractor) who attended the signing ceremony is still involved in the project. Since then, Westinghouse has had at least two Presidents, three Project Directors, and two Commercial Directors.”

“We regret that this letter is necessary and regret its length,” it said. “Your poor performance has made both necessary. A complete description of our grievances would make this letter even longer … We selected these examples to illustrate our dissatisfaction. They are not an exhaustive listing of your every shortcoming.”

The letter’s release shows concerns on the part of the utilities several years before their final abandoning of the project – during which time they were largely putting a positive spin on the project to the public. Now, after abandoning the project, the utilities are continuing to try and recoup costs from both Westinghouse and ratepayers. The Attorney General in South Carolina is considering weighing in as an arbitrator to help decide whether the utility can continue billing customers for the failed project.

In any event, back to Georgia where work continues at Vogtle with Georgia Power and its partners hoping the units’ construction can be completed as soon as possible.