Once a ‘jackass’ and ‘idiot,’ Trump and Graham now pals 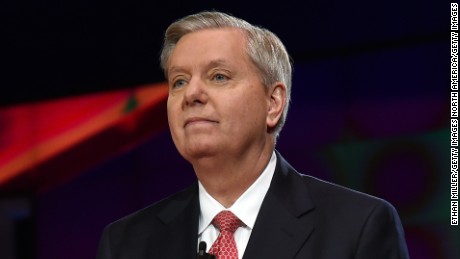 Once upon a time, Lindsey Graham called Donald Trump a “jackass.” Never to be outdone in the put-down department, Trump labeled the South Carolina senator a “lightweight” and an “idiot” who “seems to me not as bright as Rick Perry.”

Two years after that campaign smackdown, Trump and Graham act like longtime friends, hitting the links and plotting legislative strategy together. The two have formed a surprising kinship even as Graham’s best friend, John McCain, is chilly toward a president who once mocked his capture in Vietnam.