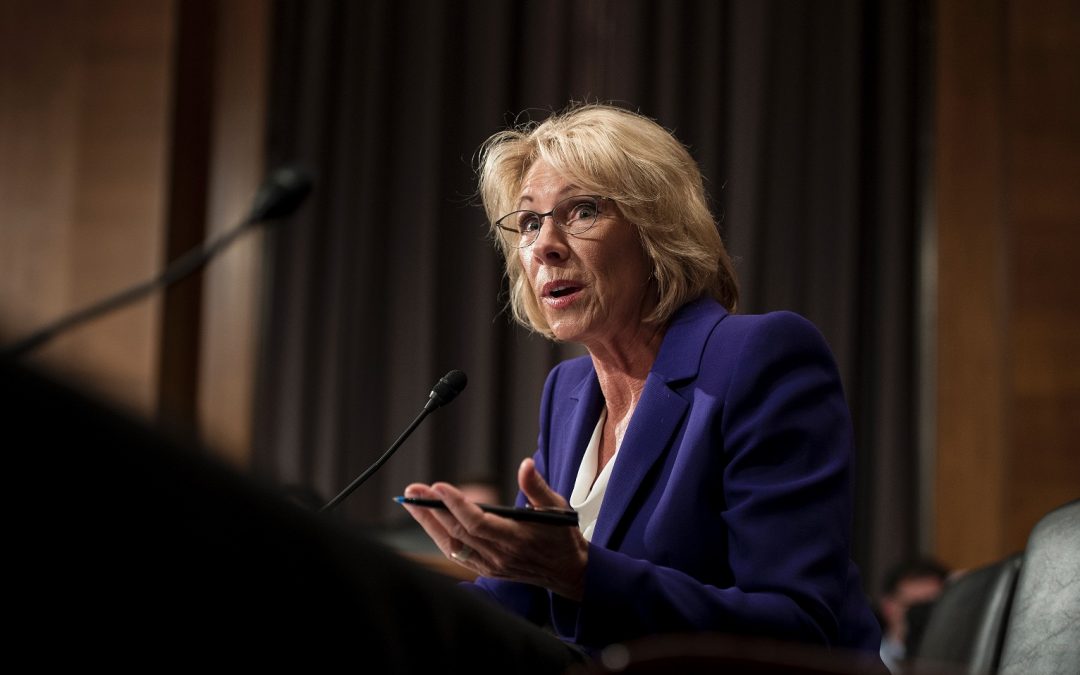 NASHVILLE, TN — After affirming that she is “not going anywhere” amid rumors that she is about to step down from her position, U.S. Secretary of Education Betsy DeVos warned the 1,200 education stakeholders attending Florida Gov. Jeb Bush’s Foundation for Excellence in Education in Nashville, Tenn. last week that America is “still a nation at risk.”

Nearly 35 years after the publication of the 1983 report “A Nation at Risk” DeVos said America remains “stuck in the middle” on the “Programme for International Student Assessment (PISA).” “We are being outpaced and outperformed by countries like China, Vietnam, German and the U.K.” DeVos said. “We are a nation still at risk. We are a nation at greater risk.”

While this caught the attention of the record-setting crowd, it was DeVos’ opening remark that brought many to their feet for a standing ovation.

Echoing a Mark Twain quote, DeVos opened her remarks by stating, “Reports of my death are greatly exaggerated. I’m not going anywhere! In fact, I’m just getting started!” This, DeVos said, could be bad news for “the teacher union bosses, the defenders of the status quo, the ‘education-expert’ bloggers and muckrakers and many of our friends on the Democratic side of the aisle in Congress.”

DeVos said that other countries that have embraced school choice are performing better in education than the United States. The secretary also praised personalized learning — allowing students to learn at their own pace — during her address. She expressed concerns that there is some risk of losing high-achieving students who “become bored”, as much as students who have struggles in the classroom.

“A child’s learning experience should be much more driven by the child and much more personalized and customized,” she said. “For many this is a departure from what has been the routine for years.”

DeVos said she felt when educators define success only by academics, “We are doing a disservice to all children. We have to remember the end game — we can’t set a child up to fail.”

When asked about the newly implemented “Every Student Succeeds Act, DeVos said she hoped school districts would use the plan as more of a “floor for state action than a ceiling.”

“Remember, 90 percent of the money for K-12 public education still comes from the state and local level, so I believe the feds need to take a step back,” she said. “I believe the role of the federal government should be as light a footprint as possible. We’ve had a top down approach for more than a decade now and it’s proven to not be effective.”

DeVos was one of several keynotes speakers at the 10th annual Excellence in Education conference. It included host Jeb Bush, who opened the event which focused on ‘What’s Working, What’s New and What’s Next in Education Reform.”

Cindy Morley is a staff writer for The Southern Political Report.