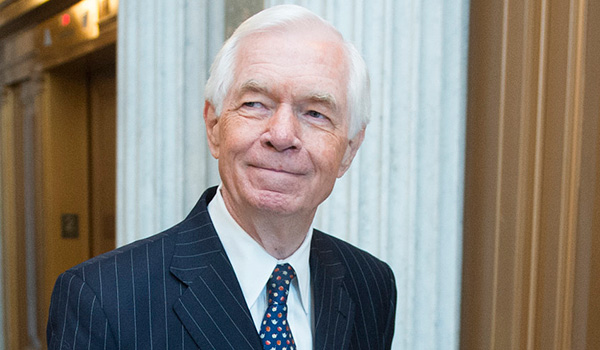 Sen. Thad Cochran (R-Miss.) will resign from the Senate on April 1, his office announced Monday, triggering a second Senate election in Mississippi this fall and reshaping the leadership of one of Congress’ most powerful committees.

“I regret my health has become an ongoing challenge,” Cochran said in a statement released on Monday afternoon. Cochran serves as chairman of the Senate Appropriations Committee.

Mississippi GOP Gov. Phil Bryant will select Cochran’s replacement, who will hold the seat until the special election. Senate Majority Leader Mitch McConnell has urged Bryant to appoint himself, according to a person familiar with the discussions. But late Monday, Republicans said they doubt Bryant will do so, and they are fretting about how to keep conservative state Sen. Chris McDaniel, a former Cochran challenger, out of the Senate.