The Barbara Bush I knew 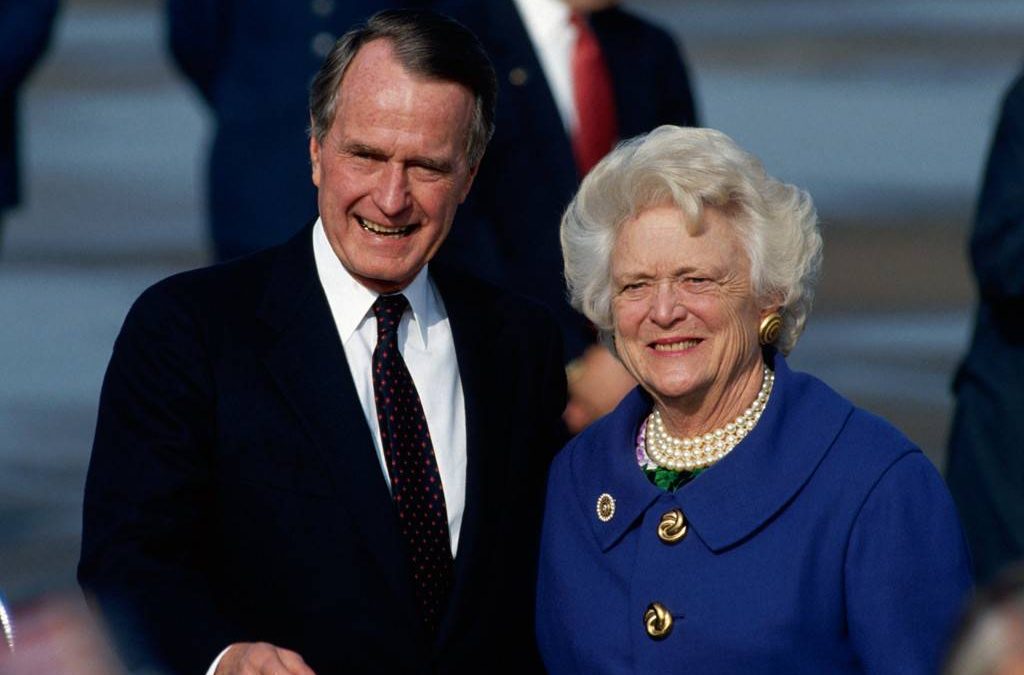 More than 1,500 mourners filled the pews at Houston’s St. Martin’s Episcopal Church on Saturday to celebrate the life of Barbara Bush as the former first lady was laid to rest. Like so many whose lives were shaped by her fiery spirit or her work in literacy, her passing was an end cap to a chance encounter some 30 years ago that guided in no small part the trajectory of my life.

I first met Mrs. Bush in 1987 while working on her husband’s campaign for president, which had dispatched her to Georgia. I quickly understood she wasn’t the typical campaign spouse— she put in as much shoe leather as a paid canvasser and her ears would turn flush from pressing the receiver to it so long in phone banks— but what was most remarkable was how authentic and thoughtful she was.

Looking back now, it’s no surprise that Mrs. Bush was able to parlay her handwritten Christmas cards into one of the most robust and impressive fundraising operations of the last century.

She was the wife of the Vice President of the United States while I was an inexperienced campaign aide still in college. No matter that I was in no position to write a big check or open politically important doors, she was gracious and uncommonly considerate in every interaction.

It was through the Bush family, and by extension my mentor the late U.S. Sen. Paul Coverdell, that I learned the value of loyalty– which Mrs. Bush demonstrated so keenly as the family enforcer. (After musing that perhaps the country had enough of the Bushes, she nonetheless dove headlong into Jeb’s campaign for president. Even at 90, she donned her famous fake pearls to actively campaign.)

Her husband deserves credit for first speaking power to the many points of light that shine all across this country and setting off a national and community service revolution, but the traits that we so often associate with the men of the family— service, humility, authenticity, and hard work— were found first in Barbara, who inspired in her family an extraordinary desire to help others.

The points of light she ignited in her own children, and in the many children affected by her work in literacy, have changed the lives of countless others in this world.

Those lights shine on today through the Points of Light Foundation (for which her other son, Neil, serves as chairman) and through the Barbara Bush Foundation for Family Literacy. I didn’t realize it at the time, all those many years ago, but a light for service was lit in me by the Bush family.

Years later, I went on to serve on the board of Hands of Atlanta and co-founded Hands on Georgia which Michelle Nunn, who became the CEO of Points of Light, for whose National Conference for Service and Volunteering I will assist as co-chair of the host committee later this year.

I was fortunate to have visited the Bush family over the years in Kennebunkport and each time felt welcomed and a unique sense of warmth in their home. I remember taking now-U.S. Sen. David Perdue to visit with President George H. W. Bush in the fall before the 2014 election. As we sat down, Mrs. Bush was returning from a walk on the beach and greeted us each with her trademark smile before joining the conversation.

Mrs. Bush was always thinking about others, often asking me how Nancy Coverdell, the widow of the late senator, was doing in the years after her husband’s death. She even turned her 90th birthday party into a fundraiser to fight illiteracy.

As the no-nonsense matriarch of one of America’s great political families, she was the wife of a president and the mother of another. But she will be remembered by those who knew and loved not as what she was— the first lady— but as who she was.