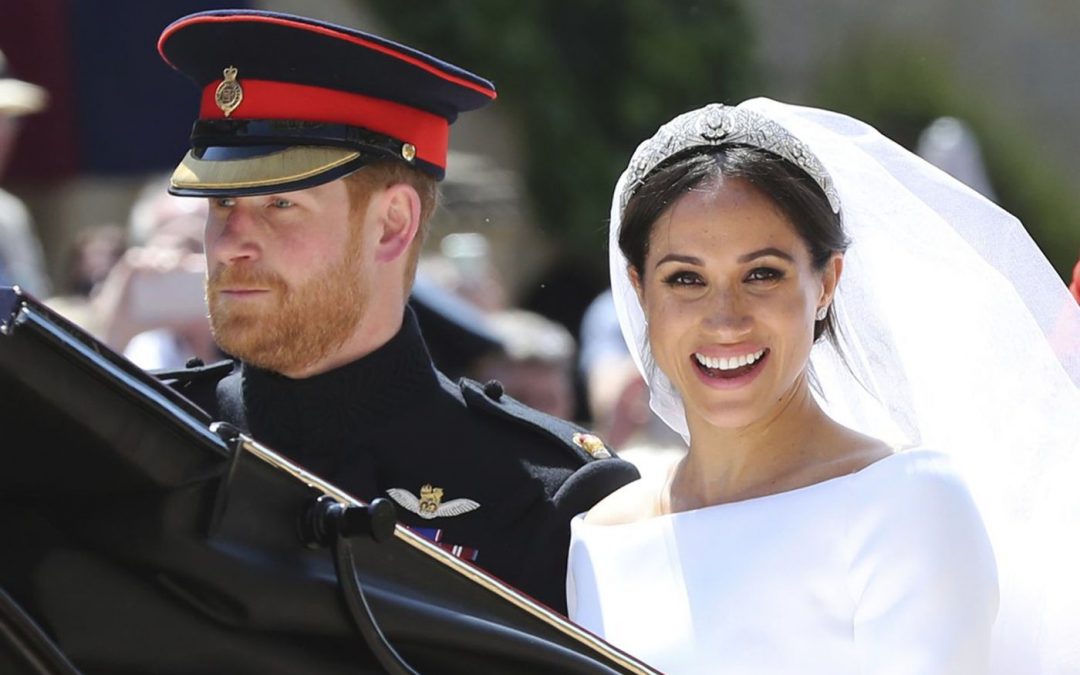 The old saw that one should never discuss race, religion or politics in polite company took a major hit when Harry met Meghan. As a result, the latest royal wedding was a transformative event that has folks on both sides of the Atlantic talking about two, if not all three, of these conversational no-no’s.

The major conclusion has been that the wedding of Queen Elizabeth II’s grandson to a mixed race divorced American actress brought the monarchy into the modern age. But it did more than that. “British society, like American society, is fraught with stereotypes about race,” wrote Robin Givhan, the Pulitzer Prize winning fashion editor of the Washington Post, who is African American. These stereotypes may have taken a serious hit at the wedding. When Meghan Markle, a woman of color, married into the royal family, the event sent a powerful signal that being “black” was no longer the barrier to social acceptance it has been for so long.

If the Queen can sit in the beautiful St. George’s Chapel in Windsor Castle and listen to a lively gospel choir as well as a fiery sermon by The Most Rev. Michael Curry, the first African American to head the US Episcopal Church, complete with quotations from Dr. Martin Luther King, if Prince Charles can hold the hand of Doria Ragland, the weeping mother of the bride, whose hair beneath her hat was in dreadlocks –“a provocation in some quarters,” wrote Givhan – as they exited the church, then it becomes more difficult for folks on both sides of the Atlantic to hold on to old ideas about race.

The effects of the wedding on attitudes about race are, of course, difficult to measure. Pollsters find many people are often not truthful about their prejudices. But make no mistake: If the British royal family can bring out the pomp and circumstance and get the public to forget about the Windsor’s scandals and divorces, including the divorce of Prince Charles and Princess Diana and the British public’s reaction to her subsequent death, then do not underestimate the royals’ ability to influence racial mores as well. (The only similar institution is the Vatican. Scandals may rack the church, but a tour by Il Papa in the Popemobile brings folks around amazingly fast.)

If there has been something comparable in this country, it is the election of Barack Obama to the presidency. Some observers contend that a black man in the White House stirred up more racism than it eliminated. But there is solid evidence that Obama’s presidency permanently changed the role of race in American politics.

When Obama announced for the presidency in 2007, the big news was that he was the first African American to make a serious bid for the White House. Sure, Jesse Jackson and Al Sharpton had run before him, but they were running to make a statement about civil rights, with no realistic hope of winning the Democratic nomination, much less the General Election.

Two months ago, just over a year after Obama left office, the Washington Post listed the top 15 Democratic prospects for the presidency in 2020. Five of them were black: US Sen. Kamala Harris (CA), US Sen. Cory Booker (NJ), former Gov. Deval Patrick (MA), former US Attorney General Eric Holder (DC), and uber-entertainer Oprah Winfrey (IL). That’s one-third of the list.

And the story now is not that an African American is running for president, as it was with Obama, but how strong a contender that Harris, Booker, Patrick, Holder or Winfrey might make. (Winfrey, a self-made billionaire and one of the world’s richest women, has ruled herself out.)

African Americans aren’t so sure that race relations have improved since Obama was president. The horrific murders at the Emanuel AME Church in Charleston; the Nazi demonstrations – and at least one death – in Charlottesville; and the murder of Army 2nd Lt. Richard Collins III, 23, a Bowie State graduate, who was stabbed to death in College Park by a white racist University of Maryland student make clear that racism survives, in a virulent and violent form.

Whites tend to focus on the perceived progress in race relations. But a personal note: This writer suffers from arthritis. Over the past few years, due to various treatments, the pain has decline from eight or nine on a scale of ten, to – oh, maybe – five. However, when I walk, I do not think about how the pain has declined; I am far more focused on the continuing pain of five on a scale of ten. That’s a rough comparison, I suspect, of how many African Americans perceive racism in this country.

So the British royals now have a biracial Duchess of Sussex. That’s not a panacea for racial ills, but it is a significant step forward, much as Barack Obama’s presidency changed US politics. Stay tuned.