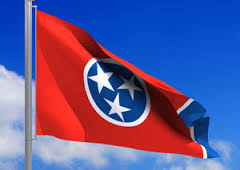 President Donald Trump stormed into Tennessee on Tuesday night to campaign for Rep. Marsha Blackburn in her bid for the Senate, with Republicans facing headwinds in the midterm elections this fall.

Trump invited Blackburn onstage in Nashville and pilloried her Democratic opponent, former Gov. Phil Bredesen — or, as Trump referred to him, “Phil whatever the hell his name is.”