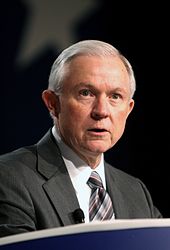 President Donald Trump blamed Attorney General Jeff Sessions for the Russia probe led by special counsel Robert Mueller, lamenting that he never would have asked Sessions to lead the Justice Department had he known the attorney general would recuse himself from investigations related to the 2016 election.

“The Russian Witch Hunt Hoax continues, all because Jeff Sessions didn’t tell me he was going to recuse himself…I would have quickly picked someone else,” the president wrote on Twitter. “So much time and money wasted, so many lives ruined…and Sessions knew better than most that there was No Collusion!”