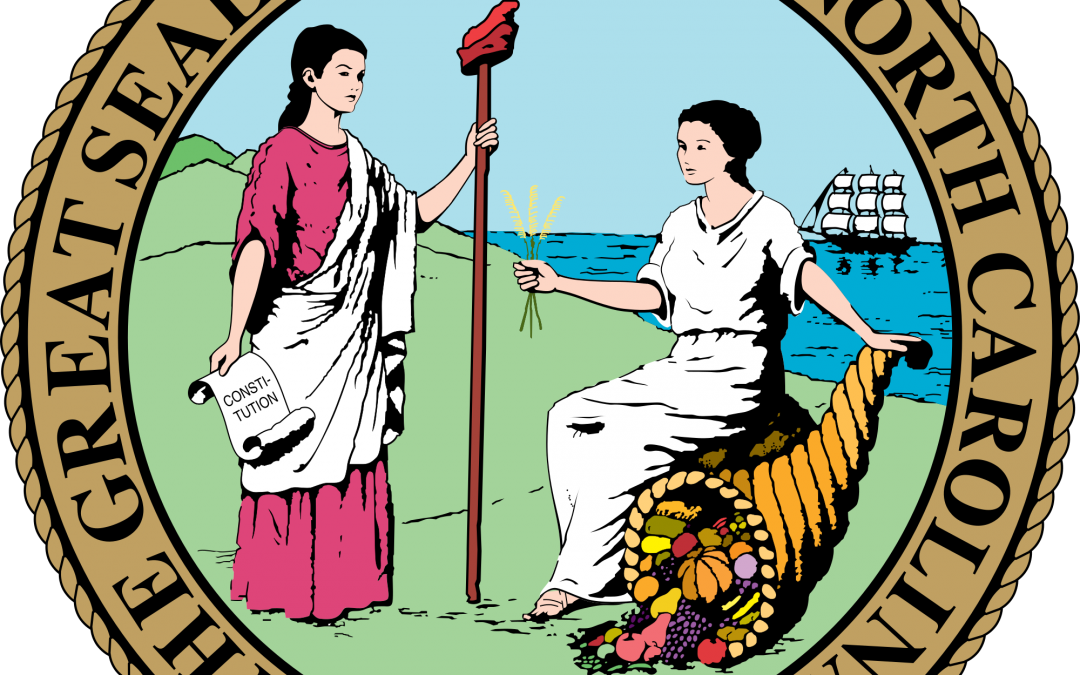 In this November’s crucial battle for control of the US House of Representatives, North Carolina has two seats that are potential flips from the GOP to the Democrats. The Tar Heel State is “one of the swingiest of the swing states,” says the New York Times, and that volatility is reflected in these competitive districts.

The two districts are the 9th (Charlotte, etc.) and the 13th (Greensboro, etc.). Even Republican former Gov. Pat McCrory acknowledged in a recent television interview that his party’s hold on those two districts is “shaky.”

Besides the candidates and issues peculiar to each district, the influence of Donald Trump, the country’s larger-than-life president, looms over these elections as it does over congressional races nationwide. Although the polls for the state were tied going into the election, Trump carried the state by 49.8% to Clinton’s 46.2%, more than Mitt Romney’s 2-point margin in 2012.

So how does Trump stand now? Is he a plus or a negative for either party’s candidates?

“Trump’s standing is about like it is nationally,” says Ferrel Guillory, Director of UNC’s Program on Public Life. “No Republicans are standing up fighting him. I suspect he stands about where he does nationally; white men and rural whites like him. He probably hasn’t lost any ground since his election.”

In the 9th District, Baptist minister Mark Harris defeated incumbent US Rep. Robert Pittenger (R) by 49% to 46% in a highly contentious primary that was  a rematch of their 2016 battle, when Pittenger won 48.5% to 46.2%.

Harris is former President of the North Carolina Baptist Convention. He led the battle to bar legalization of same-sex marriages in the state. He recently took a hit, however, when one of his 2013 sermons praising the role of women as mothers and wives was made public. His campaign said Harris did not disapprove of women working and called the attacks a “war on people of faith,” reported The Hill last month. However, Harris has received support from US Rep. Mark Meadows (R-NC), chairman of the House Freedom Caucus.

The Democratic nominee is Dan McCready, a Marine veteran and business owner (solar energy). He graduated from Harvard Business School. After 9/11, he joined the Marines and saw active duty in Iraq. He is receiving strong support from the Democratic Congressional Campaign Committee.

Says Guillory, “McCready is waging a really aggressive campaign and has raised a lot of money. In addition, he may be helped by the contentious Republican Primary. There won’t be a lot of Republicans voting for McCready, but he could break into independents.”

A longtime Tar Heel journalist says if the election becomes a referendum on Trump, it will help McCready in populated areas, like Mecklenburg and Union Counties. He adds, however, that there “are some old time Democrats, conservative, in the smaller counties.” To appeal to these voters, McCready opposes Nancy Pelosi becoming House speaker.

The 9th District is mostly urban (65%) and mostly white (66%), with 19% black and 8% each for Latinos and Native Americans. In Harris’s favor, the district has been represented by a Republican for 35 years.

In a poll recently taken by the right-leaning Civitas Institute, McCready had 43% to Harris’ 36%. President Trump’s approval rating in the survey was 43% approve to 49% disapprove. Leans Democratic.

In the 13th District (Greensboro, etc.), US Rep. Theodore Budd (R) sits on the influential House Financial Services Committee. Prior to entering Congress, Budd worked in his family’s landscaping business. He has an MBA from Wake Forest University. He is also an active church member and has a Master’s in Leadership from Dallas Theological Seminary.

Budd is a freshman, when members of Congress are most vulnerable to defeat; however, the 13th is historically a Republican district. In 2016, Budd edged out a primary victory in a multi-candidate field. In the General Election, he won with 56% to his Democratic opponent’s 44%.

This year Budd’s Democratic challenger is civic leader Kathy Manning. A graduate of Harvard with a law degree from the University of Michigan, Manning was a partner in a prominent law firm for 15 years, then left to start a business. She and her husband have three children.

Manning has been active in civic projects that appeal to women, including the Greensboro Children’s Museum and the Greensboro Performing Arts Center.  She has also held leadership positions in United Way and other civic causes. “Given the emphasis on women’s votes,” says Guillory, “this could help her. She’s no leftwing populist, but the Democrats are rallying around her.”