Move over Georgia, the Sunshine State could now be ground zero for the 2018 elections 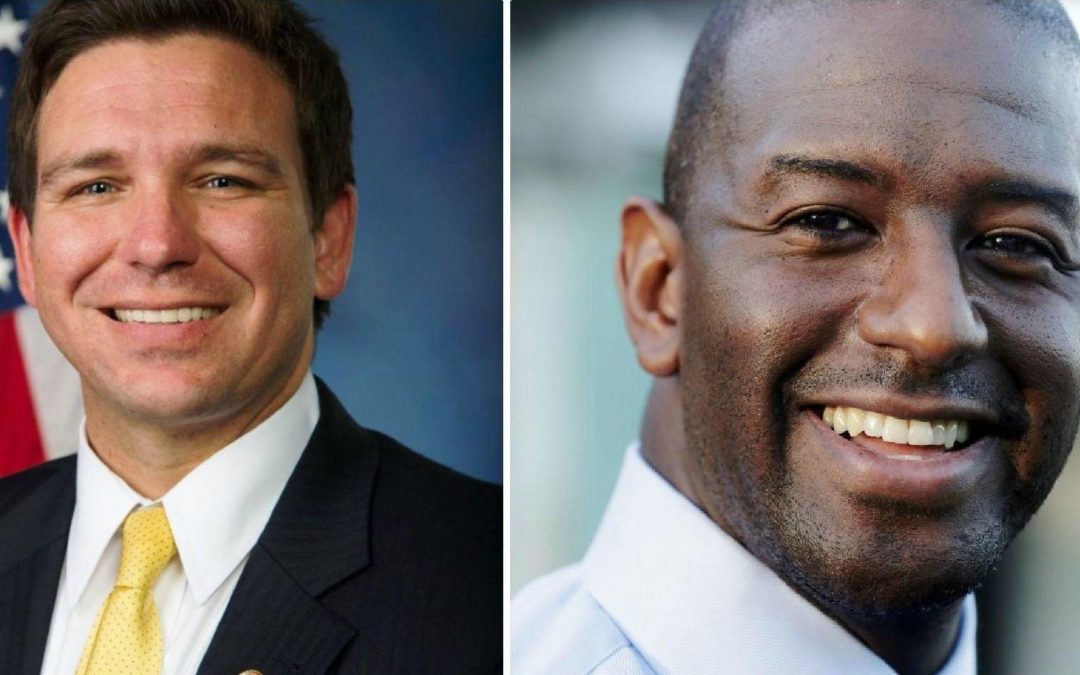 Our neighbor to the south had a humdinger of a gubernatorial primary last month and it may end up directly impacting Georgia’s race for the governor’s mansion. After the votes were tallied in Florida, Congressman Ron DeSantis won the GOP nod handily with 56% of the vote – thanks in part to the bump he received from President Trump’s endorsement.

The DeSantis victory was not a surprise given all the weight the President gave to his campaign. On the Democrat side, however, the primary result was a real shocker. Florida Democrats chose Tallahassee Mayor Andrew Gillum despite his poor fundraising and dwindling poll numbers that persisted throughout most of the race.

His downward electoral trajectory began to change in early August when Bernie Sanders endorsed the 39-year-old mayor. Liberal billionaire George Soros is reputed to have been in the Gilliam camp as well.  These two factors inhaled fresh life into the Gilliam campaign and enabled him to eke out a three-point win in a very crowded field of well-financed candidates.

How much does this impact the Georgia governor’s race? Plenty. Georgia’s race, pitting Republican Brian Kemp against Democrat Stacy Abrams has been viewed as an election with national implications. Florida’s primary results could change that.

The Georgia race has been couched in terms of a proxy war between Donald Trump’s brand of conservatism and resurgent liberalism. Brian Kemp embraced the Trump mantra and secured his endorsement in the final days of the July GOP run-off. Vice President Pence even came to middle Georgia to campaign for him. Likewise, Stacey Abrams has embraced far left progressivism and doesn’t care who knows it. National liberals such as former President Barack Obama have publicly endorsed her.

Both national parties seemed committed to pumping as much money and resources as possible to sway Georgia’s gubernatorial general election in their favor. After last month’s results in Florida, the country’s most watched Governor’s race may have just moved south of the Okefenokee Swamp. There are several reasons for this. Florida like Georgia has never had an African American Governor. If elected, Mayor Gilliam would change that. Florida, like Georgia has seen GOP dominance of the governor’s mansion. There hasn’t been a Democrat governor in Florida since 1998. Like Gilliam, DeSantis is 39 years old and becoming governor of a large swing state will make him an instant presidential contender.

Nationally though, the implications would be greater for Democrats in Florida than Georgia. Having a Democrat governor in the nation’s third most populous state with its 27 electoral votes may justify shifting resources bound for Georgia to that race instead. But Florida may be the beneficiary of even more electoral resources for another reason. The Sunshine State has a hotly contested U.S. Senate seat on the ballot this year where incumbent Bill Nelson is fighting for his political life against current Florida governor Rick Scott. This could mean bad news for Abrams who will need every liberal dime to upset Kemp in November. However, Democrats will need to flip Florida to have any chance against Donald Trump in 2020. It will send a powerful message for Democrats to have an African American governor campaign with their nominee in 2020 in a critical state that’s up for grabs. This alone could compel Democrats to focus on the Sunshine State over the Peach State in 2018.

The stakes are just as high for Republicans too. The President in turn will need to hold onto Florida if he has any chance at a second term. His odds of losing Georgia in 2020 are nil compared to the swing state of Florida.  That could mean bad news for Brian Kemp. We could see conservative and Republican groups focus on Ron DeSantis and his bid for the governor’s mansion instead.  Put all these things together and Florida becomes ground zero for the 2018 midterms… demoting Georgia back to just another run of the mill election and forcing both candidates to lean on their home state supporters for contributions. Maybe that’s the way it always should have been – Georgians deciding who their next governor should be without outside influence. What a novel concept, but only time will tell. Regardless of who wins Georgia’s gubernatorial race, it seems ever likely that Florida may be ground zero for the 2018 midterms.

Steven Ellis is an Assistant Solicitor-General with the Cobb County Solicitor-General’s office, part-time professor of political science at Kennesaw State, and a life-long Georgian. You can follow him on Twitter at @Rightsidesteve.