Technology and Government: Tackling A More Efficient Medicaid for the States In the Trump Era 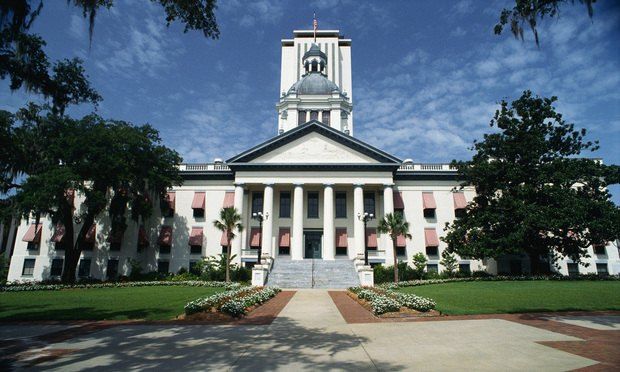 (Editor’s note: SPR is devoting a new segment to the ever increasingly important role of technology in helping make southern states more cost efficient and effective in delivering services. And the politics of those efforts. This week’s focus is modernizing Medicaid services in the South).

With some states seeking Medicaid waivers and others searching for other ways to make programs more efficient and effective, the “rubber has hit the road” with state leaders zeroing in on technology as the primary way of achieving such goals.

Numerous leaders of state departments and agencies are racing to meet new requirements set by CMS for Medicaid. The new rules seek to eliminate the old fashioned concept of taking the various services and lumping them into one large contract (known as MMIS for short). Instead the new direction is to create separate modular service contracts that encourage speedier response, efficiency, and an end to the domination by less than a handful of “megacompanies” who became notorious for endless change orders, up-sales, and bureaucratic inefficiency.

Southern states are looking to their own, such as Virginia, who followed CMS requirements and have gone completely separately modular, including making the all-important “data warehouse” (the central nervous system of Medicaid technology) completely separate, which CMS considers essential to new systems.  Their moves are now a centerpiece in efforts by leading southern states as they race to transform Medicaid to a more efficient service as directed by the feds.

And the political heat is on. The Trump administration expects results as we enter the 2020 election cycle. One insider tells SPR “Trump’s philosophy comes from his years as a developer. He wants everything to be bid out separately and can’t stand large and inefficient systems. The source ads “He was known when vendors failed to meet quality levels to refuse to pay them until they reduced their price or made things right. And he always wanted separate bids on every aspect of a project.” His philosophy has now been imposed on numerous areas of government including Medicaid.

States are now in the process of attempting to meet such demanding requirements for efficacy. But potential pitfalls still exist. For example, Florida’s current RFP (known as an ITN in the Sunshine State) appears to seek independent modular contracts, but currently leaves a gaping hole by allowing for hidden loopholes. A current bid request appears to make services modular, but according to experts, makes it possible for those chosen to then potentially provide the services of other modules. This would allow monopolies to continue to control the system and hold Florida’s Medicaid system “hostage”, including the all important central data collection and storage “warehouse.” Sources tell SPR that this is raising political eyebrows.

And Florida is not alone. Like Florida Governor Rick DeSantis, Georgia Governor Brian Kemp was propelled to office with a huge Trump endorsement. In Georgia, state officials are keenly aware that there is a new philosophy as to Medicaid (Georgia sought a waiver to implement its own program but must remain CMS compliant regardless). The Georgia contracts were awarded before Kemp took office. The Kemp administration is now starting to examine all aspects of the state government it inherited and has already started to shake things up in numerous agencies and departments.

The heat is on. So-called “Red” states have leaders who need to deliver stronger and more effective services to recipients who, ironically according to polling data, tend to vote for Democrats. But both parties recognize that there must be a new way of delivering these services in a world dominated by innovative technology.

Next Time: Back to the Future: Georgia’s March Towards Paper Ballots